TIME100’s Most Influential Consumer Brands of 2022

At ForceBrands we have the unique opportunity and privilege to work with some of the world’s most innovative and inspiring consumer brands. It’s no surprise then to see several of them named on TIME100’s list of Most Influential Companies of 2022.

From a global cannabis leader to a craft beer revolution, these businesses are making extraordinary impacts in their respective industries and around the world.

Here are a few breakout companies featured on this year’s list:

Curaleaf is a leading medical and wellness cannabis operator that serves more than 350,000 registered patients across 23 states. The company is committed to being the industry’s leading resource in education and advancement through research and advocacy. The cannabis producer and distributor has had a busy few years. In the last year alone, Curaleaf achieved more than $1 billion in revenue. It’s also expanded its international presence to eight European countries, nearly doubled production capacity, and launched 147 products. It’s currently ranked the world’s largest cannabis company by revenue.

‘Meat made from plants.’ It’s a simple concept but one that Impossible Foods has executed brilliantly since its launch in 2011. A leader in sustainable food, the company touts that eating an “Impossible Burger instead of a burger from an animal means your environmental footprint is much lower: less land and water, and lower greenhouse gas emissions.” Each year, the company releases an Impact Report that documents its progress toward a more sustainable food system.

Low- and no-alcoholic drinks are in and they’re here to stay. Pioneering a craft brew revolution, Athletic Brewing Company is a non-alcoholic beer company dedicated to making great-tasting craft brews without compromise. As stated on the company’s website, “They’re fit for all times, made for all palates, and enjoyed by anyone who loves a great beer.” The company was born in 2018 in Stratford, Conn. when co-founder Bill Shufelt teamed up with head brewer John Walker to create a beer inspired by their shared passions for an active, healthy lifestyle and a love for great beer.

Thrive Market is an e-commerce membership-based retailer offering natural and organic food products. The company is on a mission to make the world’s highest quality natural and organic products available for every American family. With more than one million members and 6,000+ products curated by experts, Thrive Market offers a unique shopping experience with a business model designed to simplify the supply chain by eliminating the markup typically applied by brick-and-mortar grocery stores. The membership model is also designed to give back. With every paid Thrive Market membership, a free membership is donated to a family in need in the U.S. as part of the company’s Thrive Gives program.

Perfect Day is pioneering a new way to create and think about food. As inventors of the world’s first animal-free whey protein powder, Perfect Day is on a mission to create a kinder, greener tomorrow through the thoughtful use of biology. The Berkeley, Calif.-based food technology startup was launched in 2014 by two struggling new vegans and bioengineers who were frustrated by the lack of dairy alternatives on the market. At an accelerator program in Cork, Ireland, they cofounded a company called Muufri — later renamed Perfect Day in 2019. With regulatory approval for a new animal-free milk protein, Perfect Day developed its first product in 2019: ice cream.

Supergoop! is the only prestige skincare brand that’s 100 percent dedicated to suncare, making it easy to incorporate UV protection into your daily routine. The company believes that SPF should be clean and reef-friendly, dermatologist-tested, and super-powered. For more than 15 years, Supergoop! has been leading a revolution in the sunscreen industry. With the knowledge that one in five Americans will be diagnosed with skin cancer at some point in their lifetime, the company’s products are aimed at substantially reducing one’s risk of skin cancer.

Revolutionizing African retail, Twiga simplifies the supply chain between fresh food producers, FMCG manufacturers, and retailers through a B2B e-commerce platform. Solving the food security challenge for Africa, Twiga is leveraging technology to build an alternative system that aims to generate the same results as the modernization of retail in more developed markets. Co-founder and CEO Peter Njonjo is no stranger to supply chain management. He was the former President of The Coca-Cola Company’s West Africa business unit and previously served as the General Manager of Coca-Cola’s East Africa franchise. “We see ourselves as building a one-stop shop for the informal retailer and all their needs. So that’s what we’re evolving into as a business,” Njonjo told TechCrunch in an interview. Twiga claims that more than 100,000 customers use its services across Kenya.

Too Good To Go

Too Good To Go is all about sustainability. The mobile application connects customers to restaurants and stores that have unsold food surplus. The social impact company’s mission is to inspire and empower everyone to take action against food waste. “We know that to live and breathe this every day, we need to turn our words into actions. With this in mind we have set out a new ambition — to contribute in every way we can to building the global food waste movement. It’s only when we all come together to fight food waste, that we’ll be able to generate a positive change in society,” the company states on its website. 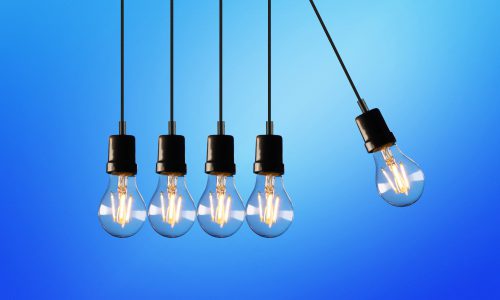 Inc. 5000 2022: These Consumer Brands Are Among the Most Successful Companies in America 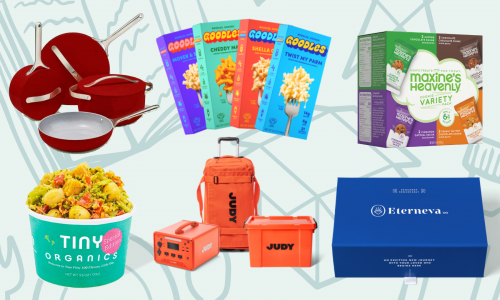 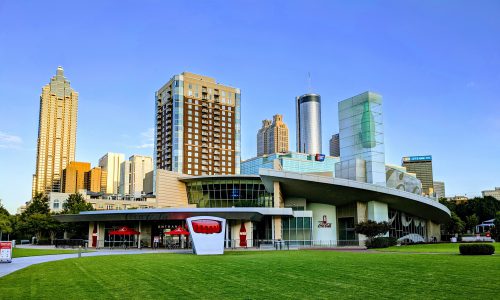 SKU Atlanta to Launch in Spring 2022